Well, I’m glad that year’s over. Not only did my writing take a dramatic nose dive in both quantity and quality, and my personal life took a beating, but the onslaught of celebrity deaths has left no stone unturned in its vengeful quest for misery. And while every death is a loss to our world, we can all agree 2016 took out some of our brightness lights.

It makes me feel a little shallow talking about my own lows. That was the original plan for this final post of the year; a look back at my failures, and the events that have dragged me down, because this year has been my worse since I started taken writing more seriously; a big step back.

But I don’t think I can do that now, not in the Eeyore style that the first draft came out like.

So, instead, this will just be a look back, with the moaning kept to a minimum. Because at the end of the day, even though I failed on my writing goal once more, and even though my emotional state took a hell of a hit, I am alive, and the people I love most are alive.

And for that, I’m ever so grateful.

Films of interest - ‘Deadpool’, ‘Batman vs Superman: Dawn of Justice’ 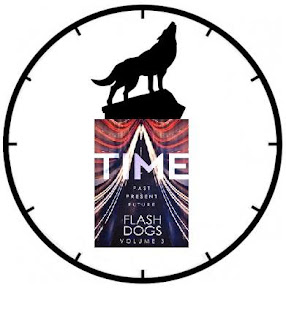 The year started sad with the loss of two Flash Fiction contests that had been the centre for the FlashDog group. I’m a man of routine, and suddenly my Thursdays and Fridays were empty of imagination and writing.

So it was good that Microcosms popped into the world just when we needed it. With a fresh take on the method (a spinning wheel for character, setting, and theme!) it not only pulled the group back together and gave us a new home, but new FlashDogs joined along the way.

And, as if that wasn’t enough, I managed a win with only my second entry, A GLASS DIVIDE.

There was also the release of the third (yes, third!!!) FlashDogs Anthology; TIME. Once again I was lucky to be invited in, and have three tales included. Still find it hard sometimes to comprehend that my writing is out there in the world in paper form. While I’m still letting myself down in my major goal, I have to remember that I have my foot on the ladder.

Unfortunately other writing took a back seat, as the CHRIS AND MIKE vs THE WORLD books I was working on started to bog me down. I was working on the second drafts for books 1-3, but with the overall series planning weighing me down and tangling things, I slowly pulled away from the project. At first I didn’t notice it. Then I did, but I denied it. Then I just stopped.

For a short time, I just didn’t know what to do. I felt suspended in air and aimless.

And then a man came along with a plan, and with the help of social media, I had a new project to pick me up.

David Shakes spent an evening on twitter blowing up a small idea until an Anthology was born, and twenty-four writers (me included) were signed up and rearing to go. THE INFERNAL CLOCK is a collection of horror stories spread over a twenty-four hour period; a day in hell, so to speak. Each author was given an hour slot, an hour that their story must mainly take place in. I got 6am, and got stuck into a story called DELAYED, born from my morning commute to work. 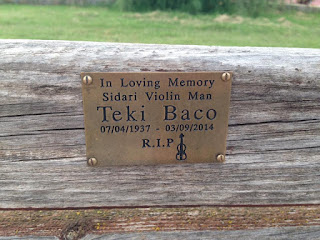 The low points kept coming as the months passed. The word counts dropped considerably (see word count totals). I began to realise where I was going wrong, but it took a lot to admit it to myself. It took a lot more to do something about it. In the end I decided to take a hiatus from the blog. I’d already dropped from weekly Wednesday to fortnightly, but I was still not only struggling with content, but fed up of talking about progress when none was really being made. As I mentioned in that last post of June, how could I blog about a process I had yet to write about. So I couldn’t, not until I was worth listening to.

The final post, prewritten and dated, went out automatically (thank you Blogger) while I was sunning it up in Corfu, enjoying my first family holiday abroad since becoming a father. It was tough, due to my son’s autism; three hours on a plane, high temperatures, lots of people, lots of noise, and routines thrown out the window. Yet despite all this, we made it. He made it. And despite some ‘red’ days, it was an experience I look back on fondly. Corfu means a lot to me and the wife. But it never felt right until all three of us could be there together.

July 1st should have been the start of CampNaNo, and the fruition of the forth CHRIS AND MIKE vs THE WORLD book. Instead, dragging myself down further, and avoiding new projects, I dropped out at the last minute (and by last minute, I mean 8am July 1st).

And it wasn’t only my own writing that suffered. I was letting other authors down, authors I considered friends and had promised to help. I was taking on a lot of beta reading, something I enjoyed at the tail end of 2015. But with real life intruding, I probably should have said no. Instead, fearful that they’d remember that I’d turned them down, I just said yes, yes, yes. And suddenly I had my project, and four other authors’ projects, all spinning on plates. And instead of turning them down first off, I let them down much later (Craig, I’m sorry I never fully beta read THE COLONY, but I’ve read it now, and it’s awesome).

And while it’s not an excuse, my personal life was getting its arse kicked.

A moment of lost temper at work with someone who took pleasure in pushing my buttons, and I was put on paid leave and advised to seek help. It was tough. And embarrassing. But seek help I did, through italk. Phone meetings followed. Then I was sent on a four week class for Depression, Anxiety, and Stress.

So thank god another mighty FlashDog stood up and created something new, something fun, for us writers to get our teeth stuck into.

Mark A King devised a project where one word or phrase was dished out each morning and we had a single tweet to tell a story.

It’s a breath of fresh air, and has my creative juices working again, just like in the good old days of 2014/15. Routine was back. Quick ideas were back. Word count limitations were back. And I loved it. Am loving it. It’s still going, has been since September 5th. Over a hundred twitter stories under my belt. And I’m aiming for the whole 365. 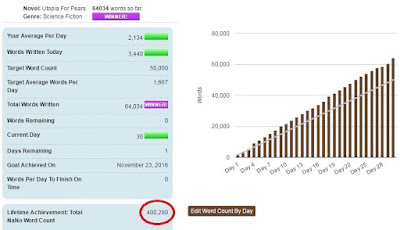 After avoiding CampNaNo in July, I almost did the same again in November. I wanted to focus on something else. Personal things were bringing me down, and I just didn’t think I could handle a month writing something from scratch. I was low.

And then, with less than a week to go, I changed my mind. Because, though I don’t have anything published, NaNoWriMo is one of the few things I do that makes me happy and makes me proud of myself. And this year was to be my 10th entry. My love of stats and figures couldn’t let that go by.

So I scrambled together a plan for a book I’d started several months previous. I set up my spreadsheet, threw together a quick cover, and waited for November 1st to roll round.

Looking back now, I’m so glad I did it. I’ve never felt so alive, so confident, and so happy while working on a project. I hit no walls. I never once tied myself in loops. I didn’t end the month with chapters missing, nor did I reach the finale with time to spare. It all worked out perfect, and I smashed a lot of personal records along the way. It ended up being my highest word count for a NaNoWriMo. I hit 50,000 earlier in November than I ever had before. I even donated for the first time ever (don’t worry, I’m wracked with guilt).

NaNoWriMo has given me so much in the last decade and I’ve never once said thank you (I have promised that when I sign my first movie adaptation deal, they’re getting a large cheque).

So now I have a first draft of UTOPIA FOR PEARS (working title). I’m beginning the second draft on New Years Day. And I’m getting through it. I’m finishing it. I’m releasing it. Because, as I’ve said before, if I don’t do it now, I don’t think I ever will.

And that’s it really. A brief look back at 2016. Not how I’d envisioned it, but I hope that it’s a year that I look back on as the only low point, the only glitch, in a healthy writing career.

I hope you fared better, I know some of you did. Keep writing, keep editing, and keep publishing. I’m right behind you, and your success is what I’m holding onto. 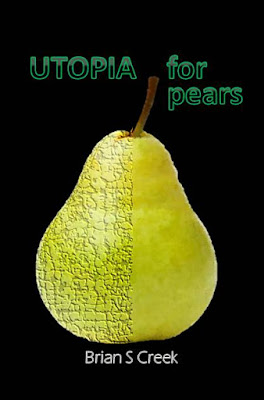