Just a quick post today regarding the state of my Anthology entries.

Things are still going well. I took a big, big step on Monday by posting the first of my stories, COST OF FREEDOM, into FDHQ. I had a lot of help from Chris Blackburn on this one and I feel he deserves some of the credit (unless people hate it and he’d rather not be associated with it J).

I’m still searching for the ending to my second piece, POTENTIAL, but hope to have something in place before the weekend.

My third story, the one I like the most from my Anthology triplets, now has a title. NIGHT AND SHINING ARMOUR is a sorta-sequel to TANKS FOR THE HELP, which was my prompt piece in the last Anthology. While it features the main character from ‘TANKS’, it’s told from the point of view of a new character and watches how their paths cross in a post-apocalyptic world.

I’m still rolling the forth prompt around in my head, even as the deadline looms ever closer (12 days!). Maybe I will, maybe I won’t. Who knows? 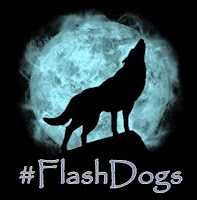 So what next? Other than the regular weekly contests where will my writing take me? Well, obviously there’s FRACTURED DAWN (better get this week’s episode typed up!). Still going well, nearly eight episodes young.

I have a new project I’m starting in a few weeks. It’s something I’m looking to take into Camp NaNo in July, something I’ve wanted to get stuck into for weeks now. I’ll update more on this in the build up to Camp, probably dedicate a whole post to it.

After that the sky’s the limit. When August rolls around it’ll be like that moment when you finish a book and wonder what you’ll read next. I have some small projects I’m considering but part of me is itching to start a novel. Unfortunately I have too many ideas that I’d like to be the first. Maybe when August rolls around I’ll just flip a coin or run a poll.

Well, I’ve got two (or three) stories to get finished that won’t just write themselves.