I love to read.

For years now I've found little bits of free time (lunch breaks, train commutes) and used it to get through a good book.

Sometimes it can take a month to finish a read (Wheel Of Time books are huge!), while other books can take just a day.

Last year I managed 38 books. Some of these are immediately on my all times greatest list, while others . . . well let's just say I didn't enjoy them. 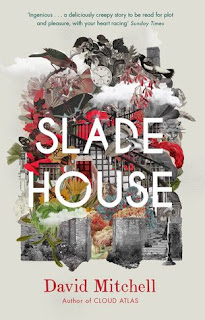 SLADE HOUSE (David Mitchell)
This one surprised me. After really not enjoying CLOUD ATLAS I can't say why I picked up another book by David Mitchell. But I'm glad I did. This ghost story told over decades had me hooked from the first chapter and, as it fed tidbits of history for the house and it's residents, I couldn't stop, so eager was I to unravel the mystery and find out just what the hell was going on. 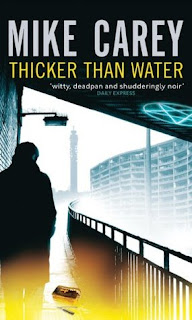 THICKER THAN WATER (Mike Carey)
The Felix Castor novels pull of a neat trick of having self-contained stories but with a slow burning over-riding arc sitting quietly in the back ground. Book 4 ends on an awesome cliffhanger related to this arc that has me desperate to read the final book, but I've enjoyed this series at a leisurely pace so I won't rush it. 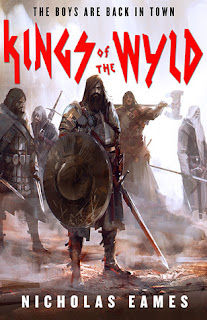 KINGS OF THE WYLD (Nicolas Eames)
The cover for this novel pulled me in and the blurb completed the sale. This fantasy novel uses the twist of having fellowships be more like rock bands and it works so well. The story doesn't go for big evil and ancient artifact cliches. Instead it's a simple quest where the heroes are brought out of retirement for one last adventure. 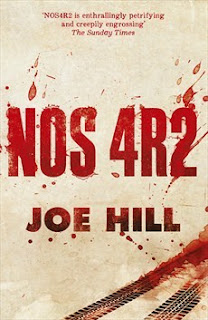 NOS 4R2 (Joe Hill)
While Joe Hill doesn't have the substantial back catalogue of his more prolific father, he does have (in my opinion) a 100% hit rate with the few novels he's released. This is a vampire story at it's core, but Joe Hill uses a style similar to his father where the story of the characters themselves is more interesting than the 'plot' of the novel. As we follow reluctant hero Victoria McQueen it's easy to forget you're in a horror story instead of just following her failure of a life. I don't think I've ever cheered for such a down beaten character so much as I did for Vic McQueen.

IT (Stephen King)
I've read the DARK TOWER, and I read THE STAND, but I was always nervous about starting IT. Not because of the horror rumoured to be contained within, or the epic page count, but because it was one of Kings best known and much loved novels and I was worried it wouldn't live up to the hype. Well, boy did it. As with the very best of King's output, IT has a 'plot' ticking over nicely, but it's the characters themselves that carried me through this book. I could read a book ten times longer just filled with the lives of the Losers Club and not be bored. 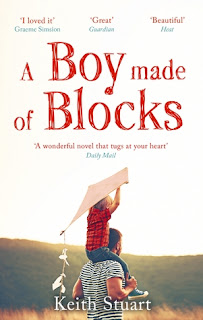 A BOY MADE OF BLOCKS (Keith Stuart)
I knew going into this that it was going to be a tough read as my own son is autistic, but this beautiful debut from games columnist Keith Stuart is such a touching tale of a father and son finding something unique to bring them together, that even with the slightly cliched ending, it had seeing my own son in a new light. It doesn't hurt that my boy loves Minecraft too. 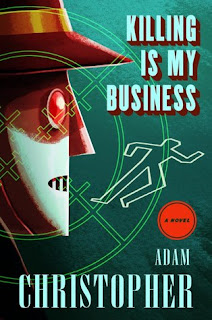 KILLING IS MY BUSINESS (Adam Christopher)
I've enjoyed reading Adam Christopher's books since I got an e-reader back in 2012. When the short story BRISK MONEY came out a few years ago I was instantly enthralled by the tale of the worlds last robot who works as a hitman (with the cover of being a private eye) in 50's LA. The short story was followed by the first in a trilogy, MADE TO KILL, staring protagonist Ray Electromatic, but it's the second book of the trilogy, KILLING IS MY BUSINESS that really builds the world and starts hinting at a secret soon to be revealed (book 3 is out this July). 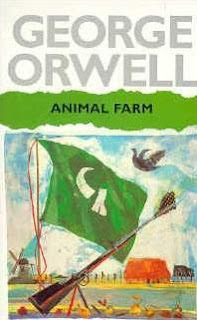 ANIMAL FARM (George Orwell)
I've been getting into a few of the classics this year and finally got around to George Orwell's masterpieces. While I did like 1984, it was ANIMAL FARM that presented the darker story as revolution becomes dictatorship in this allegory of Stalin's Soviet Union. 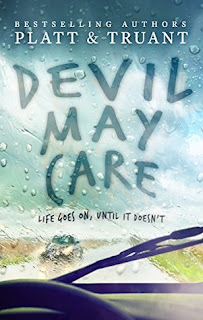 DEVIL MAY CARE (Johnny B Truant & Sean Platt)
Johnny and Sean are legends in the indie community and I've enjoyed a lot of their eclectic output since discovering them back in 2013. While most of their work revolves around book series, they occasionally take on 'money losers' with what they describe as 'artist efforts'. DEVIL MAY CARE is one such a project. Without spoiling too much, the story tells the tale of Cooper Bishop who, bored with his life, heads across America to the land of opportunity. This is no road trip, however, but a story about being an author and why we write, as we follow Cooper's life as it runs parallel with the novel he's writing. Great characters and a clever story. 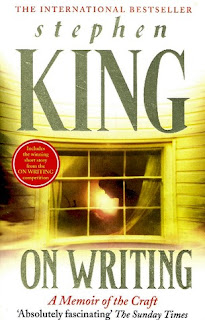 ON WRITING (Stephen King)
Since taking writing more seriously back in 2013, I've made the effort to read ON WRITING every December as the year comes to an end. Part mini biopic (it mainly deals with the parts of King's life that affected his author career), and part teaching tool, the book it a good read for both writers in training and King fans who just like to read a great tale.

Email ThisBlogThis!Share to TwitterShare to FacebookShare to Pinterest
Labels: Volume 5