YOU ARE NOT ALONE

When I was a kid I used to write. A lot. Sometimes I would take my favourite movies and cartoons and cannibalise them, before mixing myself and my friends in (yes, fan-fiction). Other times I would create my own originalish characters and pit them against each other in epic fights.

My stories changed a lot in those first few years. I experimented across all genres and tried different styles. Yet the one thing that stayed constant was that I wrote everything in a vacuum. The stories were mine and either people wouldn’t enjoy them, or they wouldn’t understand them. And whatever happened, the world was not allowed to interfere with my process, least it ruin my creativity.

Oh, how wrong I was.

Because how can a writer learn and grow with nothing of outside influence assisting in its creation. Sure, it remains our true vision, the finished product put down on that page being exactly how we imagined it. But it’s a process of sharing, if you want to go the whole way. If you write for only yourself then that’s fine. But if you want to be published, if you want to earn money, if you want people to want to read your work, then other people will have to be involved.

So you’re writing this story and in your head it’s the GREATEST THING EVER™. But maybe there’s that one character, what’s known as a secondary character, and he’s hung around since an early draft of book one, and you can’t see that he needs to go. He does nothing much, nothing important to the plot, anyway. But the reader, they notice that this odd little secondary character serves no real purpose, and really shouldn’t be lingering like a bad smell in book four.

In your own little world, behind your closed door, you wouldn’t see this. And if you did, you’d fight with yourself to justify it. But let another pair of eyes (or several, if you have more than one friend, or just one friend who has lots of eyes) glance over your work before the rest of the world sees it. Then perhaps they will spot any excess, any holes, and any mistakes (like a character dying in chapter eight but randomly being alive in chapter twelve! – thank god I never released that novel).

I guess what I’ve spent 393 words trying to say is, it would be really useful and productive to find like-minded people and interact with them when it comes to writing. 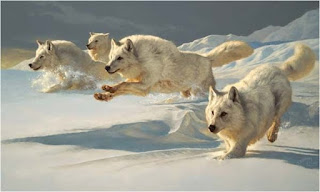 RUNNING WITH THE PACK

So you’ve found your online (or real world, you lucky bastard) writing group and they really are a nice bunch. The first thing to remember is that word I used earlier; interaction. By this I mean that the relationship you form with these like-minded people really should be a two-way street. You cannot expect people to all gather together to help you with your own project and not even consider returning that favour.

Now, I’m not saying that it should be a ‘you-scratch-my-back’ kind of situation. You shouldn’t be keeping a tally of who has helped you and recording mental vouchers that equal one-for-one.

Instead, think of the group as the one, and you as the other. Adam helps with your story, taking a look over, and suggestion some very wise changes that make that ending really pop. But Adam isn’t at a stage yet where’s he wants the same in return, so you feel like you will just sit and wait until he’s ready. Wrong. You see, Bob is over there and his book needs a critical eye. Well, why not make your eye that critical eye. Because if you do, you’ll have Bob’s gratitude going forward, and while he’s waiting for your thoughts on his project, he uses the spare time to take a look at Colin’s short story collection.

And round and round it goes. Because you’re a group helping each other and really supporting each other. And you’re all bathing in the golden syrup of karma. 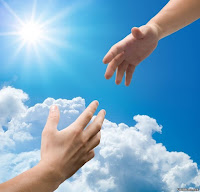 HOW CAN WE HELP?

But let’s not stop at writing and beta reading. There are other ways for you to support your fellow authors. Just the other day, Mark A King posted an interview with me on his website. He’s currently waiting for his debut novel to come back from the editor and decided to use that time by promoting his fellow FlashDog authors. I’m not the only one (I believe I was interview six on the playlist, with more to come). You should pop over to his website and check out the interviews. And while you’re there, check out his fiction too. There’s a reason the people I write with respect Mark and are all looking forward to that debut of his; he’s good. Go on, check it out. I’ll wait. . .

Okay, you’re back. Mark’s not the only one you know. While some of the quieter writers (meaning the one’s like me that are unpublished but working on it) don’t do it yet, but several of the FlashDogs that have expanded into the larger writing world have taken the time to support those of us coming up fast behind them. I’ve read quite a few author interviews; some to mark debut book launches, others to celebrate contest wins. But they all let us know a little more about those we write beside.

It’s awesome, right? The stronger ones lead the way, but they don’t leave behind those that read, commented on, and enjoyed all those weekly contest stories spread over the last few years.

I recently finished reading a collection of short stories by fellow (awesome) writer Tamara Rogers called DOUBLE VISION (I highly recommend). In the acknowledgments she thanks her mother, and then goes on to thank the #FlashDogs. She has some very kind words to say about them.

I myself was lucky enough to get personal acknowledgments in a couple of books recently, books I was asked by the authors to beta read. I didn’t expect anything like this from them, and was just happy to help. But damn it if seeing my name followed by a thank you didn’t make my week.

I guess what I mean by all this is don’t write alone. Find a group and start working together to make everyone in it a success. You won’t regret it. I haven’t. I’ve grown in confidence so much in the last two years and it’s ALL down to the people I’ve met; those who have helped me, and those who have let me help them.