CampNaNo is over. No more writing days (well, except for my weekly Flash Fiction addiction).

So, I took a week off after crossing the July finish line, mainly because it’s best to get a little distance from a writing project before you dive back in.

Maybe most would leave more than a week, sure, but I don’t have that luxury. Not to say that I have a deadline. I don’t have a publisher deadline looming over me, one that I must reach come hell or high water. Instead, I’m forced to head back into the breach because, at the end of the day, I’m my own worst enemy.

I’ve mentioned before that I had the attention span of a six year old on a sugar rush. I know that, if I take too long away, another of my projects will rear its head and sink it’s fangs into my timetable. Or, worse still, I could come up with a completely new idea that I’m super, super excited about!

So a week is all I’ve allowed. In fact, the editing starts tomorrow. Actually, scratch that. It’ll start Friday because tomorrow is my wife’s birthday.

If you’ve ever edited a book before then you know what I’m in for. You’ll probably say to me that it’s worth it in the end, that the sweat and tears are part of the whole process. I believe that is true and I long to hold a finished product in my hands, one with my name on the cover and my story, my ideas, draped throughout its pages.

But that’s not to say I ain’t scared.

I spent the last fourteen or so months getting to grips with Flash Fiction and one thing it’s helped me with is editing. You have an idea and write it down but, more often than not, it exceeds a word limit. So you have to edit. You have to chop away a little bit here and a little bit there until it reaches the criteria. Sometimes this causes you parts parts. Sometimes whole sections that seemed necessary suddenly reveal themselves to be . . . not. Mostly, though, you see individual words dotted around your story that don’t really serve a purpose.

Editing Flash Fiction has taught me to look out for these things; when one word says the same as five, when a sentence doesn’t do anything to progress plot or character.

Now I just gave to apply this to something eighty times longer.

As well as chopping, there’s going to be a lot of rearranging to do. While writing my CampNaNo project, things were changing all the time. New characters came out of nowhere. Plot twists grew right before my very eyes. And the backstory evolved into something greater than what I went in with.

The whole story has to now be reshuffled. Things that got wrapped up in the ending will now have to be sewn back through to the beginning. Seeds will need to be placed.

And like I said a few paragraphs previous; I’m scared.

What if it turns out to be rubbish? What if I tie the plot up in more knots? What if things don’t make sense? What if?

Well, I guess we’ll find out.

I know this will be the hardest edit on this project. I’m basically going to be starting again from scratch, only this time with a more detailed plan. And once I’m through this, the remaining edits (two, five, twenty?) should merely be all about fixing and fine tuning.

I’ve written many pieces of Flash Fiction as well as a couple of short stories. But this is the biggest thing I will have edited; this biggest piece I’ve taken past that scrappy first draft. So just getting underway is daunting. But if you want to get a finished book out in the world, then you need to edit. 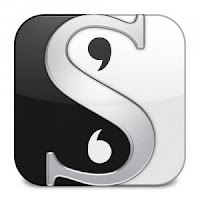 Before I go, just a quick update on the competition I ran last week.

The premise was simple; I had a 50% discount code for Scrivener, the wonderful writing program I’ve been using for the last year. I earn it for completing CampNaNo this year but, as I already have it, it’s kind of wasted on me.

I thought it would be nice if one of you guys could utilise it and a competition seemed like the fairest way. Of course, with my CampNaNo project being the growth of my ‘Chris And Mike vs’ mythos, I thought it would be cool if a Chris and Mike themed flash contest was the deciding factor.

The competition ran for a week and, for most of that time it was a one horse race. But thankfully, a couple of fellow FlashDogs joined in at the last hour. Unfortunately that means that I only received three stories to hand over to my judges, which is a tiny amount when compared to the weekly Flash contests I take part in. But then another way to look at is that I received three entries, when I could have got none.

So, big, big thanks to Holly Geely, F E Clark, and Karl A Russell. Your fabulous stories (yes, I read them) have been handed over to The Real Chris & MikeTM. Due to the fact that they are work colleagues and I’m now off until next Monday, I can only apologise for the delay in the results. But results we shall have, no later than this time next week. Good lucky to all three of you (I couldn’t call it).

And that’s all for now folks. I’m off to finish watching Great British Bake Off (it’s brainwashing me and I don’t like it!)