Well that’s January out of the way.

FIRST THERE WAS THE ZOMBIE TALE 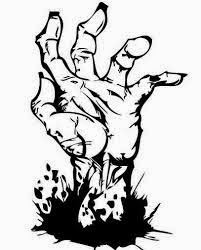 Many years ago SFX magazine ran an annual short story writing competition called Pulp Idol. 1500 words for a sci-fi, fantasy or horror story. I entered three times, twice being mentioned in the back matter as making the final fifty.

And then it stopped and that made me sad.

Last year, the magazine laid out a similar contest but this time themed solely around zombies. It was tough going as I struggled to get a 2500 word version down below the contest limit of 1500. It was a throwaway comment from a work colleague that saved it (see here) and I ended up with a nice little story called CONDOLENCE (available to read here).

I didn’t get the result I hoped for (winning, obviously) so it’s cool that I get to have another go this year. The limit remains 1500 words but they’ve added the extra requirements of including a zombie dressed like Santa as well as using Christmas lights as a prop. Once again the final five entries will be judged by author Darren Shan with the winning story being published in the magazine.

I created a core concept almost straight away but have had trouble over the last couple of months fitting it into a working story. I’ll have to wait until #260 of the magazine hits newsstands on April 1st to find out how I’ve done but, once the results are out there, I’ll take a post to discuss how I got to the final version.

THEN CAME THE FANTASY TALE

As I post this I’m still busy editing the first entry to the FALLEN SWORDS saga, an episodic fantasy that I started writing back in November last year. The plan is to release an episode every fortnight here on the blog starting this Friday.

But what’s it about, I hear you ask. Well, let me explain.

A man wakes on a beach to discover two things; he is without memory and he has a piece of purple stone embedded in his chest.
He soon finds himself dragged from one conflict to the next as he becomes embroiled in the politics of the land. But it doesn’t take long for him to realise that some people are more interested in the stone and its powers than helping him find out who he is and where he’s from.

The idea started off last year as its own thing. I’ve used events from the last three years of my job to lay out a rough timeline of events as I’ve met new people, learnt new things and moved from office to office. It all sounds boring to anyone who doesn’t know what it is I’m referring to but it’s helped me plan an epic, multi character plot, something I’ve always struggled with.

I’ve always wanted to write an epic fantasy story but I find it hard to create plots that twist and turn and cover a large cast.  I’ve tried it before but given up after drowning in the world building.

This method, however, has helped. It’s a little like when special effects artists put a suit on an actor, one that has the little yellow balls stuck to it. They use the balls to mark certain points of the actor’s body so that they can track his or her motion and match it to a CG character. Here I’m taking a real event; converting it to a fantasy staple (assassination, war, fleeing a country) and slotting it back into place.

After finishing the first part in draft last year I decided to mix things up a little and merge the project with my previous failed attempt.

That version came about after I read the intro in Stephen King’s Dark Tower books. In it he describes wanting to write a novel that “contained Tolkien’s sense of quest and magic but set against Leone’s almost absurdly majestic Western backdrop”. In other words, with the Dark Tower, he wanted to mix ‘Lord of The Rings’ with ‘The Good, The Bad, and The Ugly’.

I too wanted the quest and magic of Tolkien but I wanted to add it to something else, something I had more of an interest at the time than the writing itself; superhero comics.

And that’s what I tried writing almost ten years ago; a series of fantasy novels set in a fantasy realm during the time of the first superheroes. There would be castles, forests and mountains but it would be the backdrop to super teams, super villains and super powers.

Of course with everything I start, it never got finished.

While working on FALLEN SWORDS over Christmas I thought it would be silly to create one fantasy world and then go back to the older one and try and write different stories. Wouldn’t it make more sense to combine the two? It would mean that one wasn’t a complete waste and it would steer it away from the whole based-on-work thing enough to keep it interesting for everyone. Like when a TV series based on a graphic novel occasionally steps away from the source material.

So that’s what I’m doing. The plan is to release an episode every fortnight (Friday). Each episode will probably be around 2000 words (that is loose) so that it’s not over to quick but it also won’t take up too much of your time.

Check back here on Friday evening and (hopefully) the first episode will be up.

AND FINALLY THERE WAS THE FLASH TALES

A quick round up of last week’s Flash Friday contests. 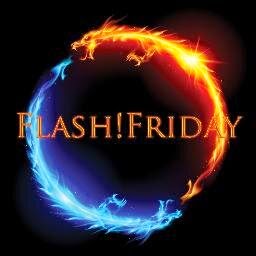 Flash! Friday – THUNDER AND LEAD
I’ve talked before that sometimes I’m not happy with all my pieces but it’s rare for me to love a story. I’m a perfectionist who can’t stop tweaking my stories and struggle to see them as complete even when they’re posted. But this piece, a story of revenge between two brothers set against a stark, desert landscape, is probably my favourite piece of flash fiction that I’ve written to date. I’m not saying it is amazing; only that it’s amazing to me.

Angry Hourglass – n/a
Due to a busy weekend working on HUMBUG and a photo prompt that failed to spark anything, I didn’t write anything for Angry Hourglass. I also won’t be writing a piece this weekend but that’s because I’ve been asked to judge the contest. It’s a scary prospect as I don’t think I’m always good at describing the gut feeling I get when reading other peoples work. Sometimes I just know if I like something or not. But it’s a side of the process I’ve not done yet so I’m looking forward to giving it a go but trying not to think of all the people I’ll make miserable by not picking them as the winner.

From this week I’m changing the format of the blog a little. The format going forward now will be Blog post on Wednesdays, FALLEN SWORDS on Fridays and my various Flash Fiction entries now collected together on a Sunday.