I’m currently having a problem that most writers would probably tut at and maybe even slap me for complaining about. I can’t switch off new ideas! 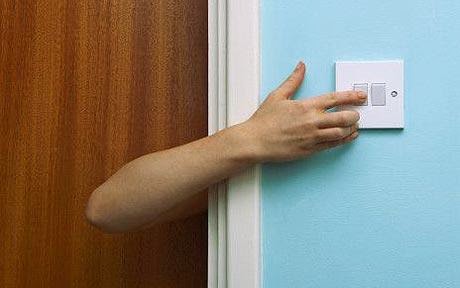 You see I started this writing adventure in February with the goal of putting together a collection of short stories and self-publishing them. That was all I wanted, my work out there for people to read. I thought a novel was a tall order for both my skills and my confidence so short stories, some started and others brand new, made the most sense.

But is hasn’t turned out that way.

I’ve mentioned before how I wish all my stuff was already written and out there. The more I’ve delved into the world of indie publishing the more my brain has wandered to all the other ideas I’ve had on the go. I’ve had to fight myself to stay on course and ignore them. Don’t work on the episodic novella projects (all four of them). Don’t start planning the Superhero series or the Death trilogy or the supernatural western trilogy. And forget about the epic fantasy series that’s been building slowly for the last twelve years. No, these and many other ideas had to wait. I made everything else a ‘2015’ decision.

Then I took on Flash! Friday, several writing competitions and Camp NaNoWriMo causing the short story collection to fall by the wayside (although two are currently available on Wattpad).

Of course I know I wouldn’t have got a decent first draft of TATTOO without CampNaNo. It’s just that since I finished that draft my brain has begun to wander again.

Damn you brain, damn you.

So right now I’m drowning under a pile of ideas and I don’t know where I want to go next. Obviously my main focus and much of my home writing still goes to TATTOO. But I’m setting up too many other things and thinking too much about the long game when I still don’t have anything out there with my name on it.

I guess this post is more about giving me a kick up the backside then anything else. My problem has always been a lack of focus and I easily jump onto the new when the old becomes difficult.

Next week I have some time off work and I’m damn sure going to use as much of it as possible for writing. I really do hope that I succeed and have something out there by New Year’s Eve. I see so many other authors with multiple projects already available and I so want to be one of those instead of the wannabe I currently am. Ideas don’t pay the bills unless they’re down on paper.

So going forward I will have three projects on the go until the end of the year.

TATTOO: THE SYMBOL FOR STRENGTH

This novella is the first in a series and is my primary focus until the end of the year. I need to finish the second draft and get it out to proof readers before knuckling down and getting something finished that I can be proud of to release.

This weekly writing prompt is like a mini class in writing skills. It keeps me focused and controls my wandering mind; a time limit and a prompt are good for making you write stuff you wouldn’t normally. Plus, love the FF community.

I’ve managed to pick out one idea to be my NaNoWriMo 2014 project. This is what I will be spending my lunches planning through September and October before getting stuck into come November. It’s an ode to classic fantasy stories but with a side helping of my own reality. I don’t want to give too much away right now as I need to find a way of explaining it without people taking it the wrong way. The plan is to write as much as I can for NaNo and then start publishing it on the blog every fortnight beginning in January 2015.

My hope now is that this is it. I’m going to focus and try to pry more time from my life to write, be it laptop or notepad. Write, write, write and write. I’ve come this far but my blog posts are meaningless unless I have an end result to show for all the talk. Must crack on.